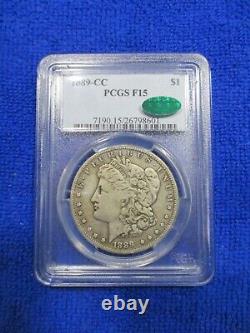 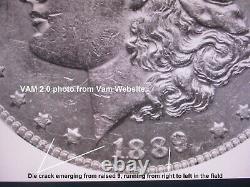 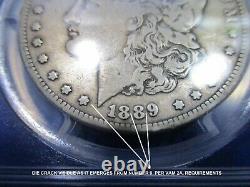 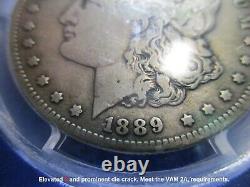 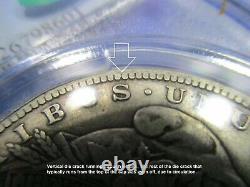 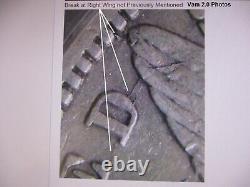 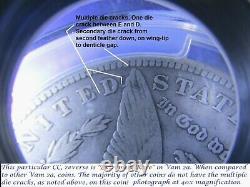 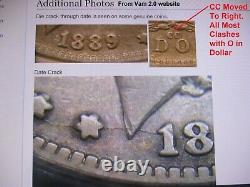 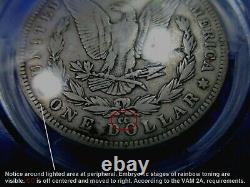 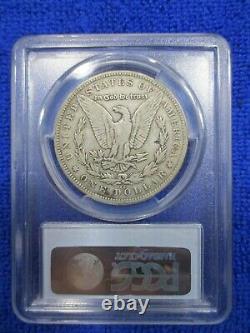 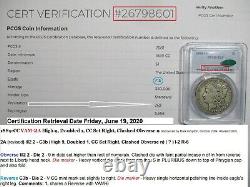 ULTRA RARE, VAM 2A , CAC CERTIFICATION. According to PCGS records Indicate an extremely low mintage of just 350,000 silver dollars. In addition to this, many of these key dates silver dollars were probably melted down because of the 1918 Pittman act, Initiated by the US government. Under which 270,232,722 silver dollars were Melted into bullion. This unusually rare, and collectible Carson City Gem.

Is highlighted with exceptional wild, wild West, patina... On the obverse and reverse! Adding additional rarity to this collectible gem. The die cracks on the reverse, located near the left wing area. Separate this coin from other VAM 2A, coins all together.

The majority of other VAM 2A, coins. Do not have these die cracks! A sub rarity, within a rarity. Different "Die Hubs" were used to strike this particular version of the VAM 2A reverse.... Under 40 magnification, this Carson City, Silver Dollar, shows evidence of Embryonic Rainbow Toning! On the obverse and reverse. That this coin spent many miles on horseback, on foot, and in general every day use... In the Wild, Wild West! It is my personal opinion: after looking at 1889 Carson City, Silver dollars. About one in every 100+ coins, is a VAM 2a. Even Fewer coins, are noted with "special die cracks" near the wing! Thus, adding additional rarity, to an already low mintage, and scarce Carson City Silver Dollar!

In every field, there are a select few companies that represent the best of the best. Now there's an easy way to identify select quality coins within any particular grade: Just look for the CAC verification sticker. With in each number of the coin grading scale is a small range of condition from low-end to high-end. Certified coins of the same grade can be of varying quality.

Many of todays collectors want coins that are solid or premium quality for their assigned grade. CAC holds coins to a higher standard so you can be confident in the value of yours. WHAT THE CAC STICKER MEANS. Your coin has been verified as meeting the standard for strict quality within its grade. Stands behind our verification by making markets in most actively traded coins.

THE CAC STICKER IS BACKED BY EXPERIENCE. CAC was founded by leading members of the numismatic community, including John Albanese, a respected authority on coin grading and the rare coin market. Restricted signature is: to be signed by recipient only. Are opened up under video and audio surveillance cameras.

Accompanied by a signature eye witness. You may return items for any reason up to. Unless otherwise stated in writing on the item advertised for sale. Thank You Very Much for viewing Investment-Grade Morgan Dollars at From Eye Candy Coins.